CEDE 2017, September 14-16  feel invited. In 2016 we will all see each other at the Annual World FDI Dental Congress as well as at the dental equipment and materials exhibition that will accompany the Congress.

CEDE 2015 is already behind us. A great deal happened over the course of these three days.

On 10 September the Competition Committee for Grand Prix CEDE 2015 began its session in the morning. 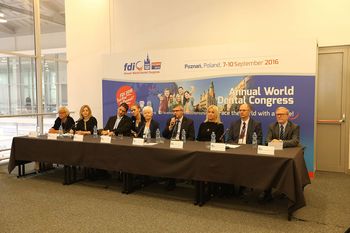 On the other hand, a press conference was organised at 14.00. It was devoted to the theme of the Annual World Dental Congress FDI (AWDC FDI), which will take place in Poznań in 2016. The following participated in the conference:

Professor Marzena Dominiak – Chairwoman of the Scientific Committee for the FDI 2016 AWDC Congress.

Professor Elżbieta Mierzwińska-Nastalska – Assistant to the Chief Coordinator of the Congress, Vice President of PTS.

Professor Marcin Kozakiewicz – Assistant to the Chief Coordinator of the Congress, Vice President of PTS.

Dr. Anna Lella, Assistant to the Chief Cooordinator of the Congress, Chairwoman of the Committee for International Co-operation, the Supreme Medical Council, President-elect of ERO-FDI.

Przemysław Trawa – President of the Board of Poznań International Fair

Representatives of dental and regional media outlets were invited to attend the conference.

During the conference, participants elaborated on the idea behind the Congress as well as on the current state of preparations. The Congress has its own formula, and will comprise three events running in parallel: .an e. an academic session, an exhibition, and a parliamentary session. The academic session will comprise four days of lectures, meetings with experts, workshops, panels and symposia. Professor Bartłomiej Loster, the president of the Congress and head of PTS announced it will be “an event without precedence that will forge the dentistry of the future” and that for four days Poland will become the “world capital of dentistry”.  He further claimed: “It is an opportunity not only to promote Polish learning and science but also technological thinking.”

The best lecturers from all over the world have been invited to Poznań. Participants at the press conference stressed that the event will be of enormous significance in promoting Polish science around the world. The host has the privilege of filling the congress programme with speakers from Poland. 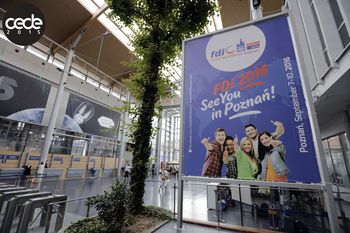 The FDI Congress in Poznań will also be accompanied by a dental products fair in pavilions 7, 7A, 8 and 8A as well as by a number of business meetings. This means there will be a year’s break for the CEDE exhibition, which will return in 2017. In the last few years the number of exhibitors presenting their products at AWDC has exceeded 200. Participants at the exhibitions include both large business concerns and family-owned producers, for whom the event is a great opportunity to promote their products on an international forum.

FDI (World Dental Federation) is the biggest dental organisation in the world. It represents more than a million dentists from all over the world, and its members include around 200 academic associations and societies from 130 countries. The FDI congress comprises a conference attended by outstanding experts from home and abroad, an international exhibition of equipment and materials as well as a debate on trends on global dental policy. 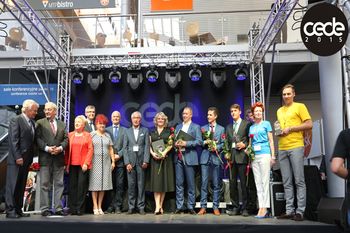 At 17.45 at the end of the first day of the exhibition statuettes for the GRAND PRIX CEDE 2015 were handed out in the passageway.

This year’s winners of our dental “Oscars” were as follows: 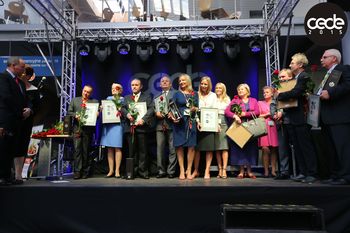 This year was the 25th CEDE Congress, and to mark this special occasion those companies/owners who were taking part in CEDE for the 25th time were awarded silver diplomas and champagne.

The members of this "Quarter Century Club" are as follows: 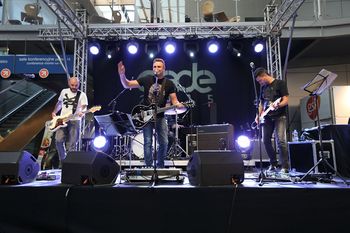 Following the official events Maciek Wasio and his OCN band got the attendees “dancing”. Their concert, in which they performed 25 hits for CEDE’s 25th anniversary, was a pleasant conclusion to the first day of the fair. 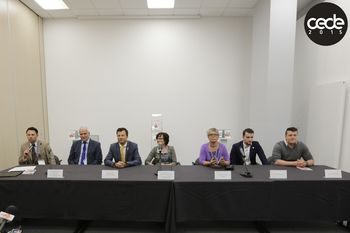 The next day, 11 September, a press conference was held in which the Spokesman for Children’s Rights, Minister Marek Michalak, discussed the role of dentists in detecting signs of violence against children. “The health service and education are two areas in which more could do be done to detect violence”, the Minister stressed at the press conference. He added: “According to the statistics, the fewest “blue card” procedures involving cases of domestic violence against children were initiated by the medical sector”. “It is important, however,” he added, “that they be suitably prepared for this.” He further pointed out that “dentists are able to identify 80% more situations indicating possible violent abuse of children than can doctors in other specialisations, including, for example, internists.” In the opinion of RPD, dentists play a key role in finding and exposing violence.
The following took part in the conference: Professor Marek Ziętek, Professor Dorota Olczak – Kowalczyk and the psychologist Dorota Zawadzka.  The conference was aloes the stage for the premier of the following book: ”The Role of the Dentist in Identifying Violence against Children.” 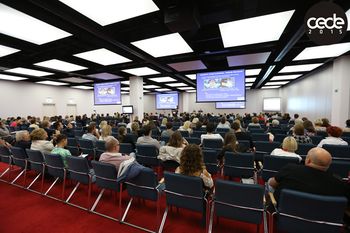 Throughout the three days of the exhibition lectures also took place within the framework of the PTS@CEDE2015 DENTAL CLINIC conference together with Be Active@CEDE2015 workshops.

Moreover, the workshops attracted so much interest from doctors that we stopped accepting applications for enrolment in the surgery and prosthetic workshops (tooth preparation for fixed dentures) more than two weeks before the beginning of CEDE. 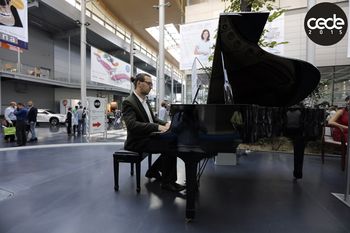 During this year’s exhibition mini grand piano recitals took place in the passageway. Over a cup of coffee visitors could listen to classical music, standards performed by brilliant pianists. The sponsor for the live Piano Music was Toyota Ukleja, an authorised distributor of the brand Lexus, as well as The Piano House, a distributor of Japanese Yamaha and Kawai pianos and grand pianos. 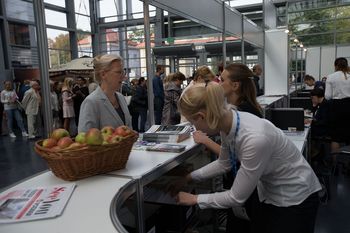 At the Conference DentAssist@CEDE2015: 316 dental assistants and hygienists